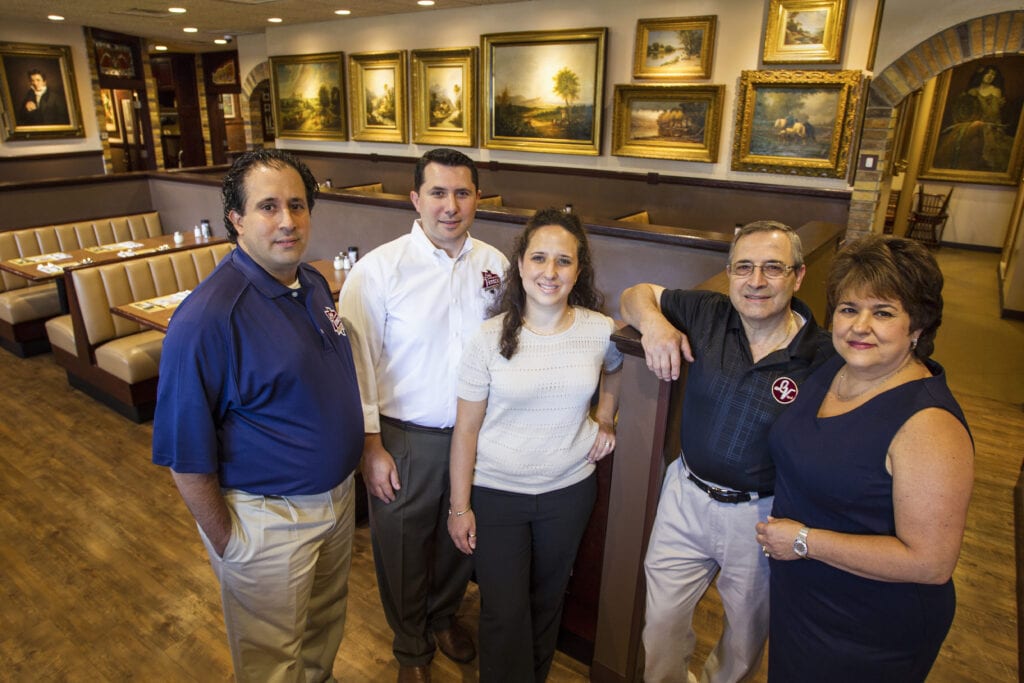 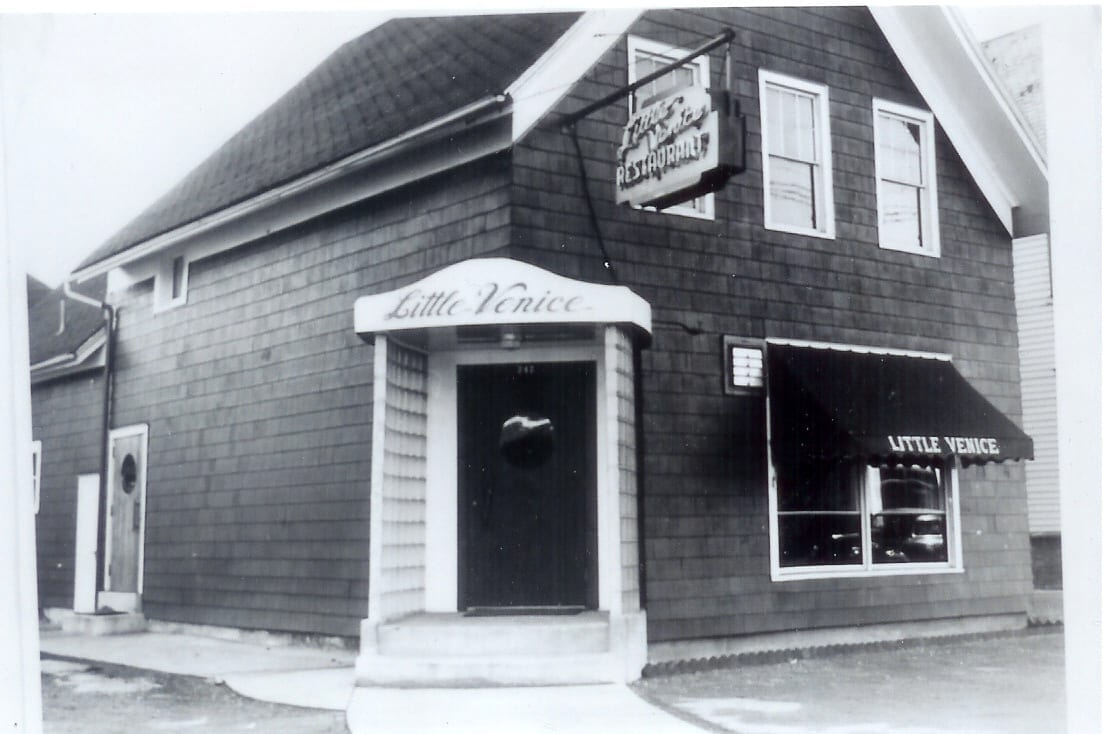 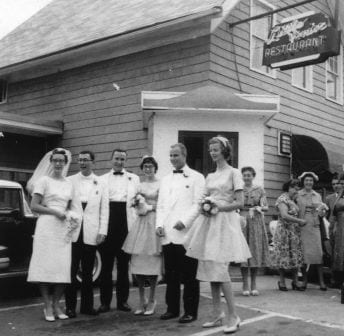 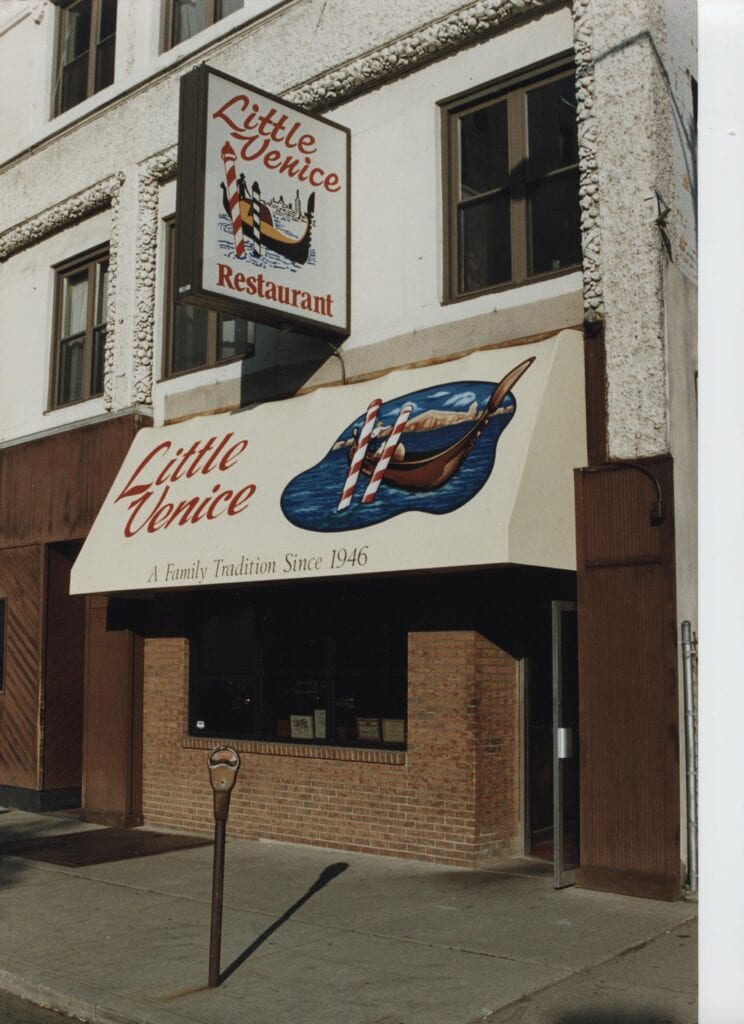 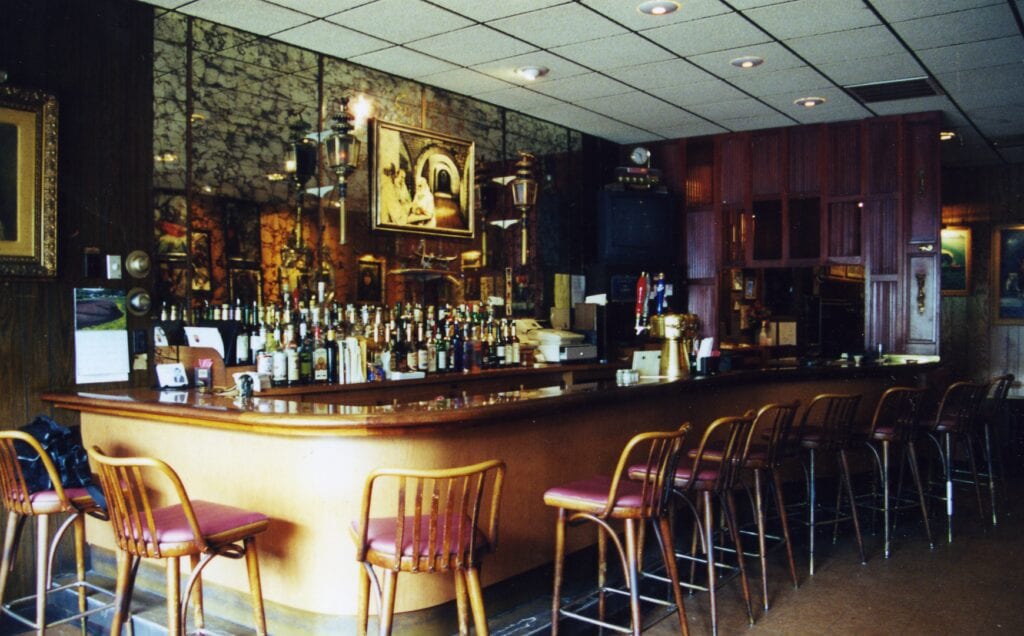 Little Venice Restaurant started in a quaint little house on the corner of Court and Cherry Streets on a spring day in May of 1946 where our homemade tomato sauce and hot pies (pizza) were introduced to the world. It wasn’t long before we began to expand not only our menu, but our popularity! But life changes quickly, and sometimes you have to experience something difficult to appreciate the good.

In December 1960, Little Venice experienced a fire which caused extensive damage to the kitchen area of “the house” on Court Street. The pending development of North Shore Drive and New York State’s acquisition of the surrounding property caused Little Venice to seek a new location for the restaurant.

Temporarily, Little Venice leased a small restaurant on the corner of Jay and Court Streets, previously known as M & M Diner. Meanwhile, the owners were in search of Little Venice’s new, permanent home.

In May of 1961, Little Venice relocated to 22 Chenango Street, site of Delano’s Restaurant. It remained there until 1969 when First National Bank (which owned the property) bought out the lease in order to expand.

As a result, Little Venice moved to its present location at 111 Chenango Street. The property was previously occupied by Phil Chin’s Restaurant and the Binghamton Symphony Theater.

The restaurant has stayed put for the last 35 years, making this location its “forever home.”

The location has undergone a few changes over the years. First, was the expansion of the dining room in 1974. The banquet room was added in 1984. The kitchen expanded in July of 1998.

In 2004, the restaurant completed another major renovation. A whole new entrance was completed, along with a new bar, expanded kitchen and additional seating. The front of the building was also redone.

In 2009 and 2010 Little Venice worked on an expansion project that qualified as the largest project to date for the location. It was so large, it was done in 2 parts, first was the front side with the rest rooms, and extension of the bar area. Then, the whole back area with private dining rooms and main dining area, entrance re-direct and facelift of the building. This took place over the course of a four year span, unveiling completion in 2014.

Over the years, the ownership has passed down from generations as well. Currently, Romeo and his son, Piero are partners and Gina, his daughter is the General manager.